Home
About Us
Our Culture

Nativity Prep Academy is a private-independent, all-scholarship Catholic middle school and college-preparatory program for young men and women from low-income families who represent the first generation to graduate from college. Eleven years of support empowers our students to excel through high school, college, and beyond, becoming role models and leaders in their communities. 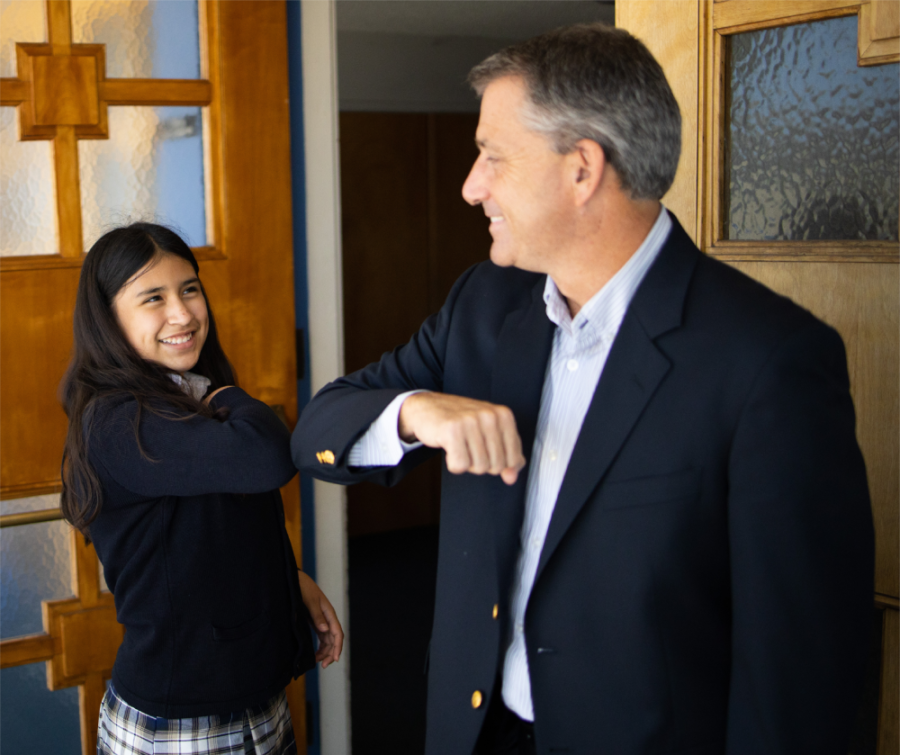 Our Mission is to provide a uniquely effective, integrated program of academic preparation, graduate support, and mutual long-term commitment that achieves nationally-recognized excellence in terms of college graduation rates for our students.

Nativity Prep adopted its new Community Values in the Spring of 2018. Throughout the 2017-18 school year, the school collected feedback and ideas from students, graduates, parents, Board members, faculty, and staff to find the values that best embodied the heart of our school. The 2018-19 school year was the first year of living these values into our community. Our five Community Values are stated below. We are… 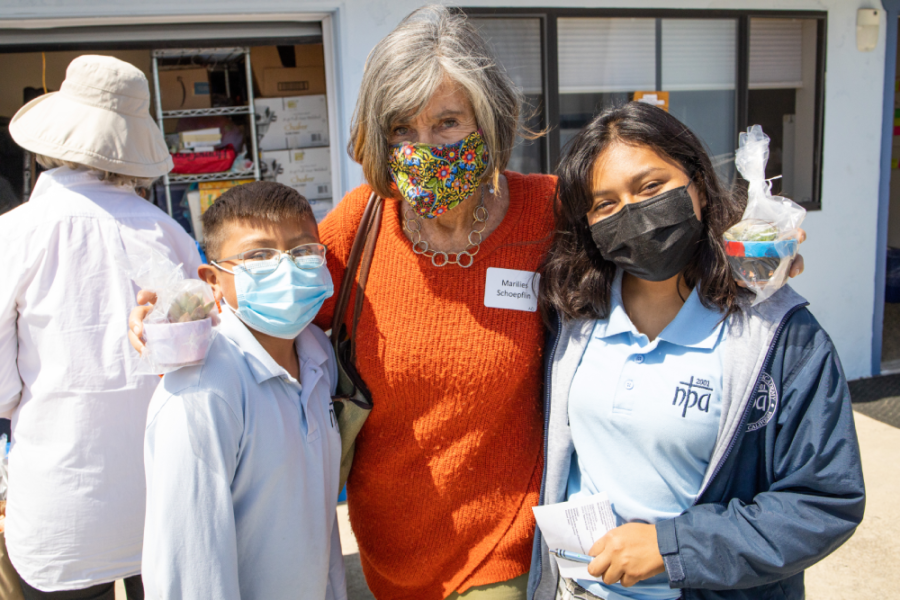 The historical roots for our school extend back to the 1950’s and to the efforts of the Society of Jesus (i.e., Jesuits) in New York City. The Jesuits’ inner-city outreach programs at the time included the Nativity Mission Center, located in the Bowery on the Lower East Side, and served a primarily Puerto Rican community of families. The Jesuits recognized that early intervention for these underserved, middle-school-aged children was necessary to save them from the ongoing cycle of crime, drugs, and poverty. They developed programs to alleviate these adverse conditions, with special attention given to a seven-week summer camp.

After two months in the Adirondack Mountains, and removed from the day-to-day struggles of inner-city life, the children flourished. It became evident, however, that to maintain the progress from the summer program, students needed an alternative to reentering the public school system. So, in 1971, the first “Nativity”-model middle school opened at the Jesuit Nativity Mission Center, serving approximately 20 students in the sixth grade. Today, there are 49 NativityMiguel member schools in 16 states, the District of Columbia, and two Canadian Provinces all of them serving low-income students in a college-prep, tuition-free, scholarship-based educational setting, all of them based on the original Nativity school and all of them adhering to a set of mission standards for each school.

The NativityMiguel Coalition is composed of schools that are aligned in terms of mission, governance, core beliefs, and outcomes as detailed in the Coalition’s Membership Identity framework. As such, member schools:

Being an independent Catholic organization that does not have a sponsoring order, we have created our Catholic Identity through the combination of Catholic teachings and charisms. Namely, we are most rooted in the work of the Jesuits. Since we opened in 2001, we have used the inspiration of the Jesuits to guide our work. In 2019, we joined the Catholic Sisters of St. Joseph of Orange’s Educational Network. This new charism has enhanced and broadened our Catholic Identity. Lastly, we look to the Catholic Social Teachings for guidance on dealing with our current society with a Catholic lens. With the official adoption of Our Community Values, we use these to inform the way we interpret and live out the teachings and charisms of our school.

In an effort to continue the NativityMiguel legacy of success for San Diego’s income eligible, first-generation students, Nativity Prep Academy (NPA) filed for incorporation in December of 1999 in the State of California as a 501 (c)(3) non-profit organization, under the aegis of an independent, lay Board of Trustees. In 2001, Nativity Prep Academy opened its doors as an all-scholarship, privately funded middle-school serving boys and girls in Southeast San Diego.

We currently serve a capacity of 66 students in grades six, seven, and eight. At little to no cost for our families, we offer a comprehensive, college-prep educational program in a private-school setting. We maintain an average student-to-teacher ratio of 8:1, allowing teachers to provide students with the personalized attention they need.

In September of 2001, we enrolled 19 students in the fifth grade; and in each subsequent year through 2003, we enrolled a new class of students into our fifth grade. In 2004, and continuing through the present, we discontinued enrollment for incoming fifth graders and moved to a three-grade model of instruction in sixth, seventh, and eighth grades, with a capacity enrollment of 66 students, and with an average of roughly 22 students per grade.

We opened our doors at our “storefront” location at 3275 Market Street. In 2003, we moved next door to 3233 Market Street. We remained at that site for many years until we were able to secure a 5O-year lease with Holy Spirit Church. We moved to 2755 55th Street in 2010.

In 2006, we hosted our initial visit to become accredited through the Western Association of Schools and Colleges (WASC). As is the practice, the WASC team returned three years later in 2009. We earned our first full six-year accreditation after this visit. In 2015, we renewed our accreditation with another six-year term. 2018 brought our mid-cycle revisit, which confirmed our accreditation through 2021. Our 2021 full self-study is the third full accreditation cycle.

In 2009, we expanded our program significantly to begin offering Graduate Support Program classes to all of our students beginning in sixth grade. We see this programmatic change as a turning point for our students as they have received a more comprehensive program from the Nativity Prep that covers topics such as careers, college, and growth mindset. We have seen an increase in graduate success since implementing this change into our program.

As we began implementing our current strategic cycle, we had an opportunity to explore the purchase of a new facility. In the 2019-20 school year, we conducted a capital campaign and feasibility study on the potential new campus. In 2020, we purchased and moved to 4463 College Ave. At our new campus, we have a chapel with a large downstairs dining room, and three separate buildings to use as classrooms, offices, and community spaces.